I am involved in the following research projects.

German Policy Agendas as Part of the Comparative Agendas Project

“Get the Word Out.” The Formation and Political Impact of Judicial Opinion-Writing

How do courts exercise political power through opinion-writing? To understand the influence of courts, current research focuses on the result of judicial decisions; namely, a referral by a plaintiff is either justified or not justified. This project applies a broader perspective on the influence of judicial opinions. Instead of focusing on the general result it is necessary to account for the substantive variance in opinion-writing. The project uses judicial text to investigate the strategies judges use to write their opinions. On the one hand, judges develop arguments strategically to influence societal developments. On the other hand, judges are constrained by the political environment which requires them to alter their arguments strategically. It is important to better understand judicial opinion-writing as courts settle controversial political and societal issues through their opinions.

The C4 project is tasked with developing useful quantitative tools that make spatial placement of political actors possible. Having comparative measures enables researchers to test theories and has proven powerful in explaining important attributes of the political economy of reforms.

The Constitutional Court Database (CCDB) is the major outcome of the research project. The figure summarizes its general setup, which allows for assessing the political and societal role of decisions by the German Federal Constitutional Court. We have analyzed all 2006 decisions by the Court’s senates between 1972 and 2010. This amounts to 3284 proceedings, which have been coded based on criteria relevant to political science and law but also to the general public. 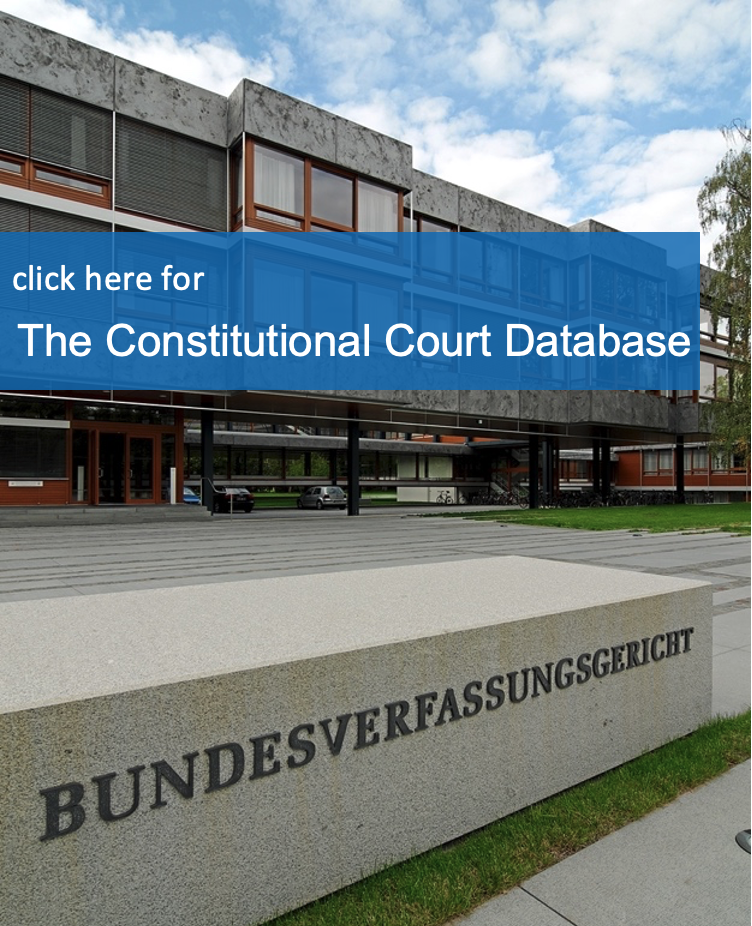